Can you believe it’s August already?! Housing numbers have remained pretty close to last months…except for the number of sold homes (do you think they went up or down?). We’ve got an 8.5 month inventory of homes on the market, which I would love to see reduced. Let’s delve in…

Homes currently on the market increased 3%, which was a total of 409 more homes on the market now over last month. Since June’s number fell by 12% that’s still a 9% decrease overall for the past 2 months, which is wonderful. If you read last months article, you realize that this number has to continue to reduce in order for the demand to catch up to it (since active listings are the supply, of course). 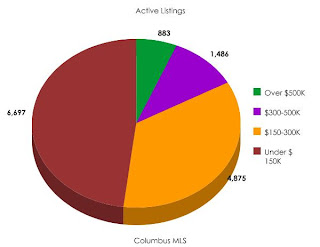 Homes currently in contract stayed darn near the exact same #. The percentage didn’t change but the # of homes in contract went down by nine. Interestingsly, all price categories saw a slight increase but the under $150K fell by 46 homes, which kept the percentage the same. Maybe that tax credit DID impact first time home buyers?! 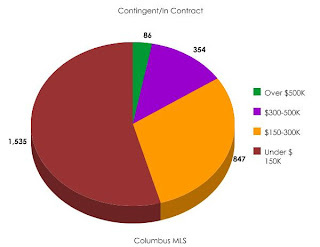 Solds actually INcreased by 15%, which was the same amount that it had decreased last month. The fact that there were 15% more closings in July than in June was a bit of a surprise…but definitely a welcome one! I would imagine that some of these closings were still due to the tax credit closing deadline extension. Either way, for that number to have completely corrected itself is fantastic. Since the tax credit is now over and school is just around the corner, I do anticipate this number to start going down a bit but slow and steady would be a great way for this to happen. Either way, I’ll be here to report the numbers to you. Until then, keep checking back here for some awesome news from Haley camp 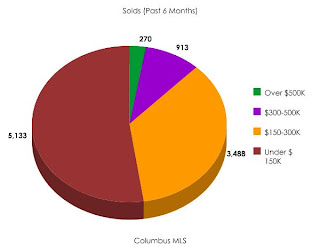 Note-This is a snapshot of activity for Franklin, Delaware, Licking, and Fairfield counties as of 2-3 pm on Sunday, August 1st.

This entry was posted in Columbus home sales statistics, Statistics. Bookmark the permalink.