Posted on April 30, 2010 by Haley Weaver
Dating and Negotiating-Being 31 and still not married, I’ve become pretty awesome at the former (think what you want…I’m very picky), and have noticed a lot of similarities which has actually helped me help my clients quite a bit. Here are a few that I can share: 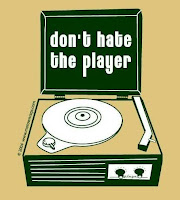 Don’t be too eager. If you play all of you cards on the first date with a guy, he’s either 1-not going to call you or 2-going to have all of the proverbial “hand” when he does. Real estate is no different. If the sellers know how much you love the neighborhood, yard, finished basement, and that your best friend Giggles lives just down the street, they will have all of the power during negotiations.

Keep your options open. There’s nothing more attractive to most guys than a confident woman. One that will walk away if they’re being a jerk. If a seller is raking you over the coals or being too possessive, walk away. If it’s meant to be, they’ll eventually come to reality. If not, there are plenty of other “houses in the sea”.

Don’t be desperate. This one goes without saying in the dating realm. If you’re a homebuyer, desperation won’t score you a good deal either. If, for instance you needed to move like yesterday, rather than be desperate for one particular house, you’re much better off being a bit more analytical and lining up a couple houses that will work as backups just in case.

Don’t fall for the commitment-phobe. Whether it’s because of his emotional baggage or 5 children, some guys don’t want a commitment. Some sellers may put their house on the market and go on dates (ie. showings) but when it comes down to getting an offer, they either refuse to come down to a reasonable price or may even take the house off the market altogether. It wasn’t meant to be. Dust yourself off and let’s go find “the ONE”.

Make yourself attractive. You wouldn’t go out on a first date in sweat pants and a tank top, would you? Then don’t submit an offer (or even start looking at homes) until you’ve been pre-approved by a lender. It shows you’ve done some “primping”. On top of that, make sure you’re putting some earnest money deposit down as well. If you can’t afford to, you’re probably not ready to buy just yet.

Be open minded. If he doesn’t open the car door for you, maybe he’s just nervous and forgot. If he doesn’t buy dinner, maybe he’s had a bad experience w/a feminazi who berated him for trying. Sometimes a duck is just a duck but not always. You never know what’s going on in sellers minds either. Maybe they’re being forced to move or have watched their children grow up in this house and are emotionally scarred after seeing your offer for 10% under asking price on the home they value much more than the market does. Practice the golden rule when negotiating. If the sellers are negotiable on the price, but need some time after the closing to move out, give it to them. If they want to keep the refrigerator because their high school sweetheart gave it to them, let them. Everyone is happier with a win-win!

Everyone is different. Just like guys, every Seller has different emotions, history, and past experiences. In my 5 years as a REALTOR and 10+ years as a dating specialist, there’s one thing that rings true for both: Timing is EVERYTHING!

This entry was posted in Uncategorized. Bookmark the permalink.

One Response to Dating and Negotiating